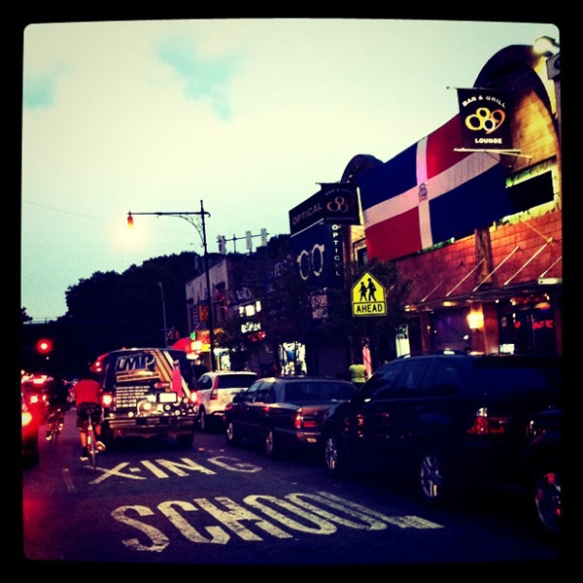 On this particular day, when I was about 10 years old, my dad came home from the vivero with a guinea fowl. Called simply a guinea in Spanish, this bird is nothing like a chicken. First of all, its feathers are dark, it is bigger and the damn thing slunk around my apartment in a menacing, don’t F-with-me manner. After my dad had his fill of laughing at me, he took the guinea to the bathroom. Let’s just say that poor guinea expired. After the deed was done, my mom promptly took the guinea, cooked it and served it with the de jure rice and beans. While I have to admit that scary-looking guinea tasted really good, I remember thinking, even at that young age; dude this is America, slaughtering an animal in an apartment is not cool. I retold that story to a fellow Dominican York and his response was telling, “Man, that’s nothing, when I was a kid, my uncle brought home a live goat.” Ouch!

I am a Dominican York. I am, simultaneously, inherently Dominican and quintessentially American. I am the best of both worlds. I’m not just a Dominican-American but a Dominican New Yorker from Washington Heights, which is another breed entirely. I have the hard-wired hustle of the Dominican mixed with the never say die ethos of a New Yorker. That is hustle squared.

I am a Dominican York. Pa’lante – siempre pa’lante. Word!

This story first appeared in Being Latino.

Dominicanese 101: A Primer Via Remezcla